On January 2018, Stichting URDA Netherlands became a member of Partin

Partin is a Dutch branch organisation that represents and promotes the interests of Private Initiatives (PI) during discussions about development cooperation. By giving PIs a voice, their interests can be taken into account when key decisions are made in areas of development. Another purpose of Partin involves the sharing of knowledge and promoting of sustainability, for example by the sharing of experiences.

URDA has been working to provide answers to the complex international issues related to the accommodating and support of refugees around the world, and by becoming a Partin member, URDA have its interests represented the optimum way during any national developments made in the areas of relief and refugee support in international conflict and natural disaster areas.

Stichting URDA was set up to provide Dutch financial and human support for URDA’s work in international conflict and natural disaster areas. From the Netherlands, URDA intends to become a central and active player in the process of immigration into the world.

In the Netherlands there are a growing number of PIs active, initiatives which are run by voluntary passionate citizens, and according to research by NCDO (a Dutch organisation which gives advice on sustainable global development, see www.ncdo.nl/sites/default/files/46_onderzoekspublicatie.pdf) PIs have been recognised as a key part of the development cooperation system. 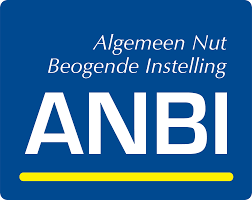